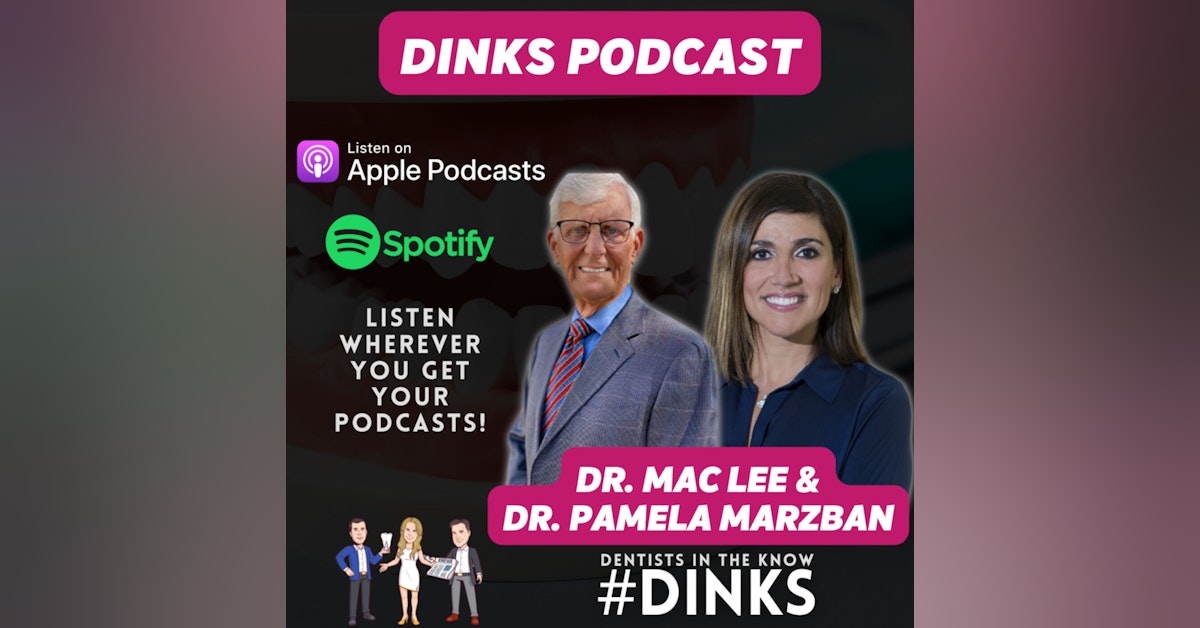 Dr. Pamela Marzban’s over 20-year dental career has been one of continual learning, both for herself and her team. Her extensive training in cosmetic dentistry, digital smile design, sleep and airway dentistry and physiologic TMJ rehabilitation has made her a craniofacial and smile design expert. She is an international speaker on dental technology, the business side of dentistry and communication. She is the published author of "Craniofacial Development: from infancy to adult " and writes for the Academy of General Dentistry and Washingtonian Magazine. Her clinical work with TMD rehabilitation and full mouth rehabilitation has been recognized and awarded internationally. Her complex aesthetic full mouth rehabilitation cases have been published in industry journals. She is in private practice, works in the Department of General Dentistry at VCU, serves as a VDA delegate and is on the Board of Regents of ICCMO.

Dr. Mac Lee
Third-generation dentist in rural Edna, Tx.  Retired, after five decades of clinical dentistry and is now writing, teaching, ranching, and being with kids and grandkids.

Deeply trained in CR dentistry with LD Pankey, Pete Dawson, and John Kois who all became personal friends.  His first dental epiphany was at the Pankey Institute in 1977.

His grandfather’s records from 1928 told a story of treating periodontal disease as an infection, cleaning the area (SRP), using an antimicrobial, teaching the patient how to keep it clean, and letting the body heal itself. Mac took the antimicrobial his grandfather used,
changed the name, got FDA approval, and then sold it through Premier Dental.

That same philosophy led Mac to the father of non-surgical perio, Dr. Paul Keyes. They worked together on several programs.  At the same time, then famous Dr. Earl Estepp traveled to Mac's office to watch the procedure and philosophy.  It changed Earl's concept of clinical
dentistry.  He made sure that Dr. Lee got on the road and shared his knowledge.

In 1990, he quit his perio seminars to be a co-founder of Dental Boot Camp, a seminar that changed the dental world in North America.  That lasted for seven years.  Pete Dawson became a semi-business partner of DBC.  Dr. Dawson sent his lab man to Mac’s office to personally walk him through a full mouth reconstruction on Joleen Jackson (who sold
hundreds of thousands of dollars of Pete’s Perfect Byte computer program).  The case was beautiful but never comfortable; she was over-closed.

After Dental Boot Camp, he and Joleen wrote “Nothin’ Personal Doc, But I Hate Dentists!” a dental educational book for the layperson.  The book caught the eye of Dr. Mehmet Oz.  Mac became a consultant and a guest for Oz’s Second Opinion series on The Discovery Channel and later on Oprah radio with Oz.  He also consulted for Oz’s three YOU Health Books.  Things quickly changed when the Dr. Oz show was aired. The first time Mac told the producer Oz’s information was wrong, he got no response.  On the second negative email to the producer, he was 100% shut off from anything Oz.

Using all this experience, he and Joleen became in-house consultants to some of the most successful practices in North America.  Their expertise was patient communication.  Most of these successful offices called themselves Neuromuscular dentists.

His second dental epiphany was seeing the mouth through a totally different set of eyes.  This led to me becoming a Regent for the International College of Craniomandibular Orthopedics and to his Amazon book, The Life Robbing Pain of TMD; Why Me?